About 2/3 of my billable work (or more!) is done via online meeting. So it’s no surprise I’m a bit picky about what I use for audio in those meetings.

Here are the components, and also their backups, complete with affiliate links to purchase them, if you’re so inclined. Regularly rated tops among podcasting microphones, this is what I “graduated” to when I stepped up to a mixing board and more controllable sound space. Not cheap, but worth the money. Make sure you get a boom stand and pop filter to maximize the qualities of the mic. For the pop filter, you can use either a foam cover, or a spiffy metal mesh filter specially built for end-fire microphones like this.

I love this mic for on-camera video where I don’t want the boom and mic to be in my shot…it’s a higher end lapel mic, and here’s the description from Amazon:

Whether you’re presenting for television or live on-stage; in a 20,000 seat auditorium or in a house of worship, RODE has all your audio requirements covered with the reliable and discreet Lavalier microphone. Featuring the pure, clear audio and low handling noise that RODE is celebrated for, the Lavalier is built to deliver and to last.

When I started out to create my home recording studio, I made a big mistake. I listened to some really successful folks who said I needed to get a big mixing board. Unfortunately, that wasn’t true, and it actually limited what I could do with my expensive Heil PR-40 microphone shown above! That’s because my big analog mixing board was meant for an analog environment (guitars, vocals, other instruments, all pushed out to monitors and speakers in a live environment.

Instead, what I needed was a digital audio interface, that was designed to get quality audio delivered to a computer. The Focusrite Scarlett 2i4 does that, and does it particularly well. It’s compact, has 2 combo XLR/1/4″ inputs on the front, as well as outputs for both my reference headphones (expensive headphones for mixing) and output for both stereo speakers or reference monitors (expensive stereo speakers…) in the back. At half the cost of the mixing board I started with, I wish I would have gotten this advice when I started! While I use the 1402VLZ4, in retrospect, I think I would have gone a bit smaller. The Mackie 1202 VLZ Pro 12 input 8 Channel Mixer has slightly different sliders, but still more than enough guts for a small studio.

The main advantage of the mixing board is the ability to use multiple input sources, including phone calls, Skype, and additional microphones. The board also lets me use a digital recorder for output, and can output to a series of headphones in case I record a group of presenters in the same room.

If you don’t need as much flexibility, or have a limited budget, consider a mixer with USB or FireWire inputs.

This is the update to the Studio-1 model I bought years ago. I’ve built my system around this mic since using it to do voiceover work for a client a few years ago. It’s inexpensive ($75?), easy to setup, and well-rated on Amazon.com. Here’s the real find: this microphone book comes with boom, desktop clamp and permanent mount, pop filter, and suspension mount. Individually, it’d likely be over $100, but is much less in this kit. In particular, this boom comes with an integrated XLR cable (I don’t use it) in case you have or want to switch to an XLR microphone down the road. XLR is the “standard” mic plug, which will more easily connect to a soundboard or mixing equipment. From time to time I get odd feedback using systems like Google Hangouts. When this happens, or whenever I get bad echoing on someone else’s meeting room, I do the following (in order)

While iPhone headphones are quite good in a pinch, I sprung for these after having to spend long meetings and phone calls with earbuds. They’re wonderfully comfortable, and with open backs, they don’t get too hot, or isolate outside noises. When my external mic is too unwieldy, or when I can’t maintain a static position during recording, nothing beats a gamer’s headset. Face it, if you spent hours online gaming, and were (much younger) and (had lots of time and cash) then you’d probably already have a set of these. These Sennheisers are as good as they get, and like the others, have an open back to keep from overheating and don’t isolate you from your surroundings.

I have a friend that absolutely swears by this baby, and will probably be picking up one for my next personal splurge purchase. 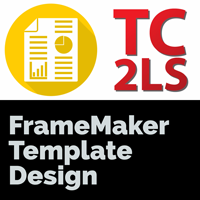