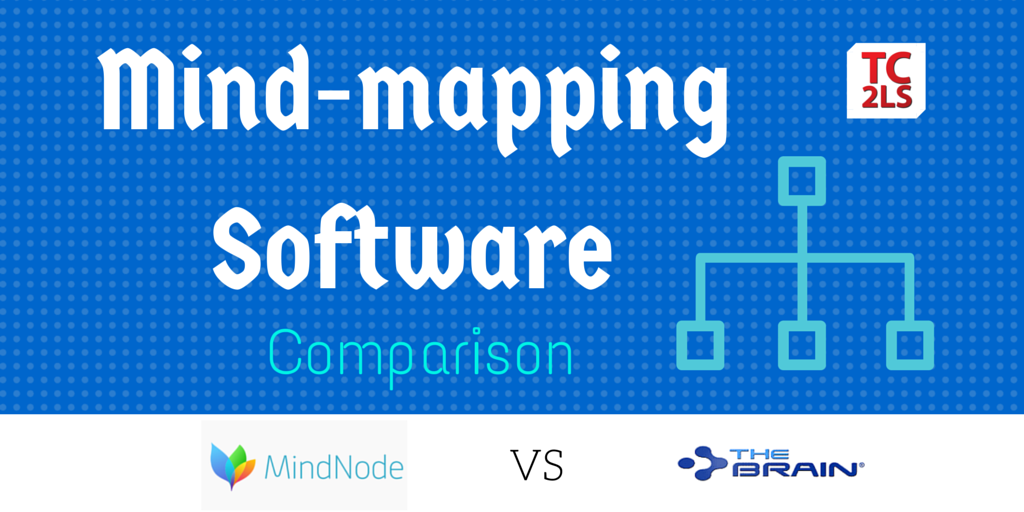 I tend to be a list-oriented person. I still remember the Bonsai outliner I used on my Palm device…it rocked so hard I bought the desktop version as well! Unfortunately, after moving beyond my Palm device, it seemed I never could keep the lists current enough, and I always had trouble juggling the “list of lists” I had within the app.

I have tried The Brain (free version) a few times. While it’s really slick, I find it’s too graphical and “twisty” in the content display for my taste. I prefer a more straightforward grid-like view. I do think that The Brain would be great for larger teams, but as an independent, it’s a bit overwhelming for me.

I recently found MindNode, which also has a free trial. What I found interesting about MindNode is that it works with a node limit (nodes are individual data points) rather than a time or output limit. So if you only had 30 nodes to create in your map, you could use it free, forever!

Now, I didn’t start out looking to create a comparison of the products, but when using MindNode I noticed right away that the keys for creating child, sibling, and other elements were easier than in The Brain. Also, things didn’t morph position as they do in The Brain. While the animation is great for workgroups and brainstorming, when working on my own, it just felt like I was watching someone’s Prezi talk, rather than slamming out the data.

The bottom line: With The Brain I was able to create sophisticated maps that were a thing of beauty. With MindNode I was able to flow with the content. Instead of The Brain’s command key combos and somewhat logical keys, MindNode used the Enter key, the tab key, and let me enter content without looking at my keyboard.

In the end, I chose the $20 MindNode over the free version of The Brain, even though I suspect The Brain’s free version had more bells and whistles.

As noted in the comments, SimpleMind may also be worth looking at. It has free and paid  ($5-ish) versions, and works across iPhone, iPad, Mac and Win platforms.